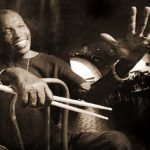 Thinking about Elvin recently, I was reminded of his wit and storytelling. There are an abundance of Elvin stories, myths, etc. and if you had the pleasure of hanging out with him you understood why. Much like his drumming, his personality dominated the surroundings. I had the opportunity to be in his presence a number of times. He was a customer at Drummers World and would come in for repairs, purchases and just to say hello. I would see him perform in clubs and each encounter with him left an impression of his unique ability to communicate; personally and musically. As he said, “I was put on earth to play the drums.” This shaped who he was. What his life was about. His mission. The following are recollections of Elvinisms I remember:

We had a discussion about religion. I asked, “Are you religious?” His response, “I’m not religious, I’m spiritual.” Coming from an intensely religious background he was very clear about his words and the difference in religion and spiritual beliefs. We talked about moving from the US to Europe. A number of people we knew moved from the US to another country because they thought things would be better, different. “No matter where you live, you take yourself, good or bad, with you.”

He could paraphrase a situation/event immediately into one sentence and it became a teaching. He once showed me a quarter note triplet pattern which I passed on to a student. Later, meeting Elvin in a club the student bragged to him about his technical ability to perform the pattern. Elvin looked at him and with a big grin, reacted, “But do you know where to play it?”

I never felt intimidated by him. And physically, he could appear very intimidating. I was showing him a new batch of cymbals that had arrived at the store and they were very responsive to his touch. I blurted out, “Man, you play loud!” He opened his eyes (wide) and responded, “I don’t play loud, I play dynamically.” And he did. His brush playing was soft and liquid. He was sensitive on ballads and ferocious on swinging tunes.

Charli Persip told me the two of them were in a back stage tent at a jazz festival with a lot of bands performing. Charli suggested checking out the bands playing before they were to go on. Elvin looked up and said, “Don’t listen to all those other drummers before you play. It will confuse your own playing when you perform.” Charli told me he never forgot that lesson. How often do we get caught up in someone else’s style and forget who we are?

Our influences are varied; parents, teachers, friends. All make an impression. I treasure them all and especially Elvin. His big smile and enormous spirit. Did I mention how he could play drums?? 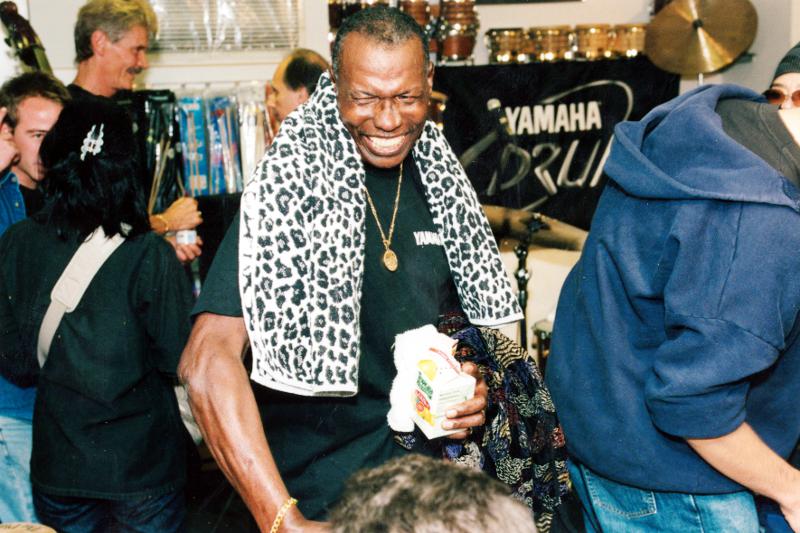