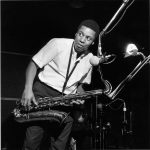 I’m out to dinner with an old buddy. We have a few laughs. It’s been at least three years since we last saw each other. Typical conversation: politics- living situation- economy. He provides a lot of detail about his job problems, girlfriend, the band he’s currently in. And this is before dinner. His conversation continues throughout the meal and after a couple of hours we are fairly exhausted. Ready to leave, we pay the check and as we exit, he turns to me and says, “Wow, I had so many questions to ask you! Where did the time go?” I’m thinking, Maybe it went to you telling me about your life?” Being diplomatic, I respond, “No worries, we’ll continue the discussion next time.” (Thinking, um, that will be in four years.) I was pissed off! The initial plan was to have dinner and catch up since our last get together…and what’s been happening with each of us recently. That didn’t happen.

Frequently I’m with someone, have very little dialogue, but communicate. Catch up in a flash! In a real conversation you listen and talk. It’s the same with playing music; listening and talking. Brian Blade told me when he first joined Wayne Shorter, Wayne would stop playing in the middle of his solo. Brian, being new to the band became paranoid, “What did I do wrong? Am I too loud? Is the tempo off?” He really felt it when Wayne would start staring at him while the band was playing. This would happen often at concerts. Eventually, one of the band members explained Wayne is listening to the conversation so he can add to it, be a part of it. Conversation! In Indian Classical music when Sitar and Tabla solo with each other, ideas float back and forth, making a statement; one player feeding ideas and the other expanding. The ideas develop into longer and more extended thoughts.

I like live music. It can be spontaneous. Even with fully arranged music, the room acoustics will influence how musicians play. I’ve played in auditoriums and concert halls with great acoustics. And I’ve played in gyms with my bass drum ricocheting off the walls like bombs going off. Immediately I change my dynamic level. How do heavy metal bands do it? Are they able to adapt to the room when they play at full volume? You only know if you listen.

So this brings me back to my friend at dinner. Should I jump in first next time and start talking and see where it goes? Or do I let him start, interrupt when it gets too much and suggest a more mutual conversation? It may make for a better friendship.