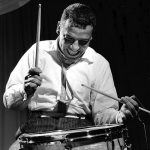 Have you been disappointed in your heroes?
Kids growing up have heroes they look up to- Superman, Superwoman, Batman, Derek Jeter, Michael Jordan…the list goes on. As I got older my heroes were drummers. At an early age, I thought the coolest thing in the world was to be a drummer. When I went to a dance party and there was a band, I stood in amazement watching the drummer do all these fantastic moves. Sitting back, playing a groove and at the same time checking the dance floor being filled with dancers. The drummer was kicking ass!

As I got older, I began record collecting and Gene Krupa fascinated me. Then Buddy Rich caught my attention. The speed, technique, and swing was overwhelming (still is). A fellow collector and drum enthusiastic informed me I was missing out on the hipper jazz players. He introduced me to Shelly Manne, Blakey, Roach, Philly Joe. I began listening and collecting their records. As a young drummer, these players became my inspiration and heroes. 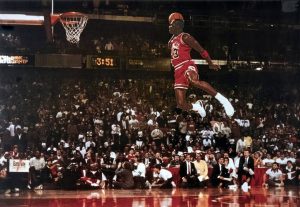 Kid’s heroes are a major influence at a certain age, especially in sports. The amount of time and energy studying Derek Jeter’s moves is endless. How about duplicating Michael Jordan jump shots? That could take awhile.

Whether you perfect playing as well as your hero, is not important. Their influence is the shot of adrenaline that motivates us to excel. My experience meeting my heroes was not always as I expected. Many, personally, were positive influences on me. Others, because of personality conflicts, convinced me to stay away from them. However, they remain a positive force for their abilities and creativity. 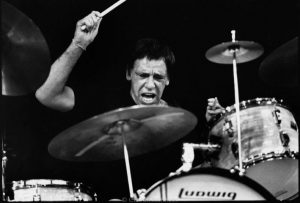 I never got to know Buddy Rich. But, was awed by his speed and technique. I had seen him perform a number of times and always walked away amazed. Years went by before I saw him again. I’m walking by Lincoln Center one evening in the early 80’s and notices he’s doing an outdoor concert with his big band. Thinking to myself, he just had a heart attack followed by bypass surgery, he’s probably not the same as he once was. The place is packed. The band is roaring and Buddy is sitting back smiling and swinging. Fans shout out: “Play West Side Story”, Buddy in typical response: “Go F**k Off!” Well, so far he still sounds like Buddy! He’s laughing, playing with no effort and I’m feeling like a beginning drum student. This is only a few weeks after his heart attack. The heat and humidity that summer night was intense. Everybody is sweating. Buddy, however, is not slowing down. One solo after another with my eyes glued on him. I’m standing the entire time. No seats available. The clincher comes during the solo he reaches for a towel to wipe the perspiration. He begins wiping his face with one hand while his other hand and feet continue to play. If I had not been looking I would not have known he was playing one handed only! I couldn’t tell the difference.

I went home excited and disappointed. Excited with what I had witnessed and disappointed knowing I will never do what he did. A couple of days later I was inspired to practice the ideas I had seen from Buddy. I couldn’t pull them off like he did, but I tried and I learned new techniques. That’s what I think heroes do for us. They encourage and inspire us to improve and get better at what we do. Like them personally or not…they are inspiring!

One Reply to “Heroes”