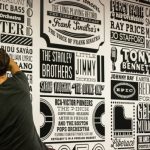 My family reunion is canceled. Scheduled for mid-June; canceled due to lack of interest. This reunion has been held every two years since the 1950’s. The beginning celebrations were well attended and enthusiastic. The interest began waning 15-20 years ago. It isn’t that the older generation has died; the younger family members are not invested in continuing the tradition. They have very little involvement or curiosity beyond their immediate families and friends. It is unfortunate for them. Their unwillingness to participate narrows their vision/perspective of their heritage. Roots.

I am always fascinated when I discover a great musical innovator’s background as different than who they present themselves to be. Prince’s parents were both jazz musicians. Most of his fans would not suspect he came from a jazz background. He was into funk at a young age but he obviously incorporated the freedom of jazz in his music. He was a big fan of Stevie Wonder and so much of Stevie’s material is jazz influenced. Listening to Billy Joel playing piano, it is noticeable he has a classical background. Jimi Hendrix would say, “Wes Montgomery, there’s a real guitarist.” His respect for tradition and history is evident in his music. And Zappa??

When I listen to hip hop rhythms I am reminded of boogaloo from the 1960’s, different tempo, but the rhythms are very similar. The first time I listened to hip hop my immediate reaction was” sounds like boogaloo.” The kid who was playing the rhythm had no idea what I was referring to. Recently hanging out with a pianist who was playing some very sophisticated chord voicings, he explained Debussy did these same types of voicings more than a hundred years ago.

So, the beat goes on. But in many ways, it’s the same beat remastered. We’re hearing it in a different way but break it down — it’s the same old shit. Like the guy who is learning r&b/ jazz tunes but can’t play a simple blues; he is missing the roots of the music. The kids who are disinterested in knowing who their family is are also missing their roots. I believe knowing the tradition is a light on the future. 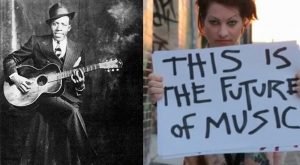 6 Replies to “A Light on the Future”