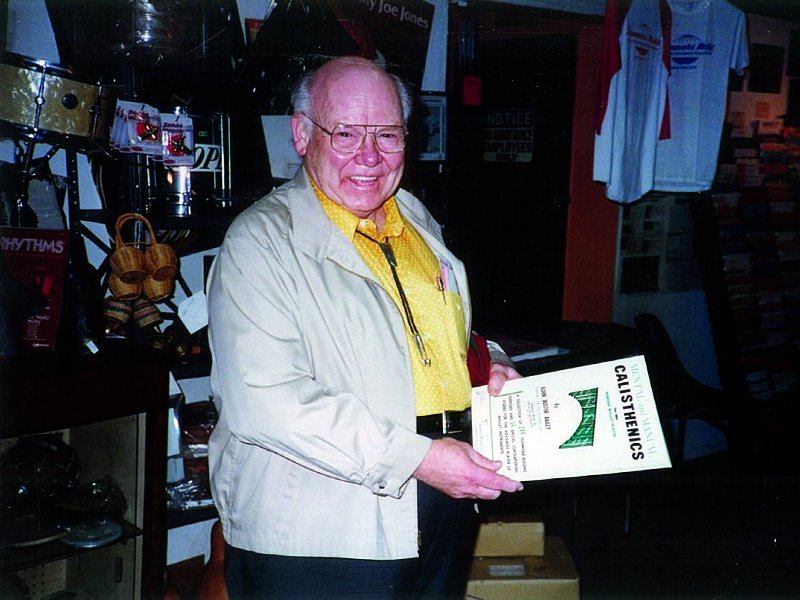 What a pleasure and honor when Buster Bailey would come into Drummers World. Having been with the NY Philharmonic for over 40 years, he witnessed many changes. He played snare drum with impeccable taste and control. I think one of his favorite pastimes was going to the circus and watching the drummer. I complained to him about the difficulty of his Xylophone book and he advised: “practice very slowly”… which I did, and it was still difficult! This is a photo of Buster and the book late 80’s.