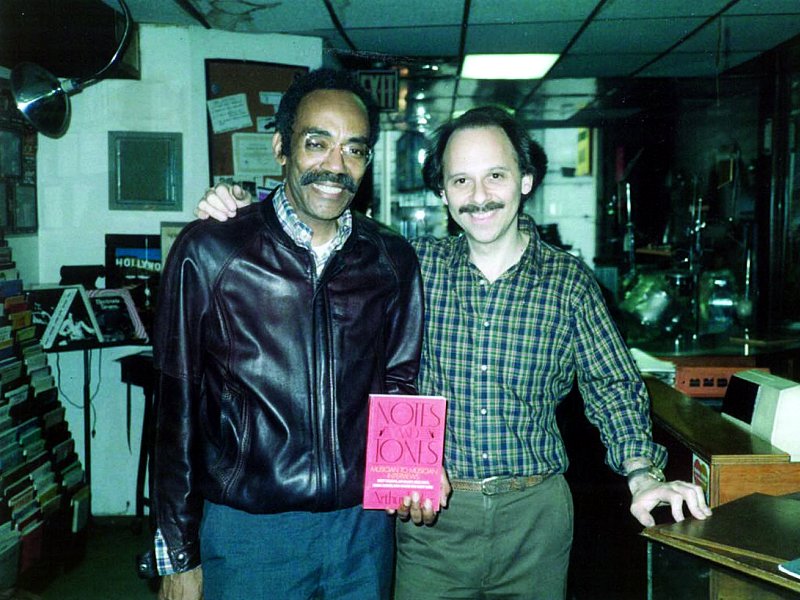 Arthur Taylor performed on over 300 albums between the 1950s and 1960s, one being the classic “Giant Steps” album. He was basically the “house drummer” at Blue Note Records. In the early 1960s he left New York and moved to Europe, where he lived for twenty years. On his return we became good friends and this photo shows him with his famous interview book, “Notes and Tones.”