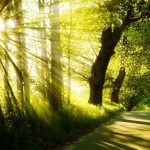 2020, a year to remember. We were excited when it began. Possibilities, changes, we had 2020 vision and saw a bright future. A pandemic? I should have known better, but it never entered my mind. In January, the Doomsday Clock moved closer to midnight. The Clock hadn’t moved since 2018 when it was set 2 minutes to midnight. Scientists, who adjust the settings, claimed, “We are now expressing how close the world is to catastrophe in seconds…we now face a true emergency-an absolutely unacceptable state of world affairs that has eliminated any margin of error or further delay.” Their concern was climate change and nuclear weapons. But the warnings were an indication there was trouble. The 2020 Clock was set to 100 seconds to midnight.

The past year seems like a “Twilight Zone” episode. Covid 19 has us thinking about much we take for granted. Theatre, music, restaurants…all affected. Health concerns, deaths, economy, lost jobs. The collective wearing of masks…or not. The upshot is appreciating good health and moving ahead. Focusing. Personally, I’m appreciating nature. When the shutdown occurred and there was very little congestion and traffic, I heard birds singing. They took over the skies. Planes were in the hangers and birds took over the airways. Music in the air. It didn’t last long but no denying there was a change in the atmosphere. I began thinking the connection between music and nature.

I recalled Marvin Gaye’s “Mercy Mercy Me-The Ecology” or Gotye’s “Eyes Wide Open” — songs with
nature themes. My appreciation increased for Messiaen’s “Oiseaux Exotiques,” his use of bird songs
from South America, Malaysia, and India as well as other composers: Beethoven, Copland, Debussy, and many more. The cause and effect tend to shape our experiences. Being bombarded by sounds of traffic, machinery, industry plays on our senses. When Beethoven lived in Vienna, he would often take walks in the country to escape from the cacophony of the city. The 6th Symphony (Pastoral Symphony) is a result of these escapes. He incorporates nature as a theme; from thunderstorms to birds singing. That connection between music/art and nature is the glue that binds. For many of us our lives are meaningful because of the bond. The pandemic has given time to think and prioritize values. Many of my friends are now practicing more. Fortunately, they have the discipline and incentive to isolate, go into the room and practice. In the end they should sound better after the pandemic than before the pandemic. The Doomsday Clock keeps ticking but so does the music, and it lives on.