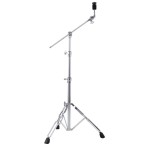 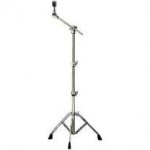 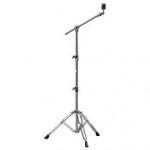 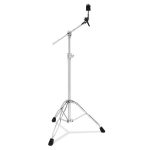 The Drum Workshop DWCP3700A Boom Cymbal Stand is a light weight boom stand. It has double braced legs and a fine tooth tilter. Memory locks are included. The DWCP3700 is a newer series of the standard DW stands, but priced lower with the same quality you expect from Drum Workshop. This will convert to a straight stand if necessary.
Price: $89.99
2013-01-02T18:02 by Barry 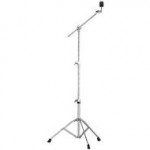 A Single Braced Light Weight Boom Stand, the CS-655A is perfect for those situations when you need the reach and not the heavy crashing.  It is compact and packs easily. Great for travel.
Price: $79.99
2012-12-30T17:21 by Barry 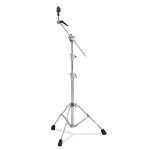 The Drum Workshop DWCP7700 Boom Cymbal Stand is a single braced boom stand. It is lightweight and packs very compactly. Designed for light to medium hitting, it will convert to a straight stand if necessary. It has been very popular with players looking for a lighter version boom stand. The tilter is toothless and holds firmly.
Price: $129.99
2013-01-02T18:10 by Barry 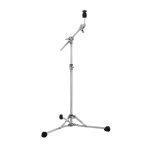 The Pearl BC150S Cymbal Stand features a gearless tilter and is easy to adjust to your favorite angle. Extremely lightweight, the stand weighs under 5.5 lbs. Perfect for gigging and reducing weight in your trap case. The flat base can be converted to a single-braced tripod stand by flipping the convertible tripod base.
Price: $99.00
2016-11-29T20:10 by Barry 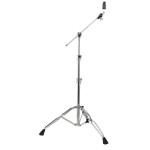 The new 930 series has an improved Uni-Lock Tilter, new collars and a new Trident design Tripod. This is a heavy duty boom stand and has the ability to convert to a straight cymbal stand. It is extremely versatile and road worthy.
Price: $139.00
2013-03-11T19:59 by Barry 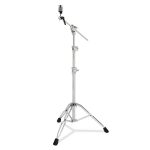 The Drum Workshop DWCP5700 Boom Cymbal Stand is Heavy Duty and has double braced legs. It has memory locks and is a durable touring stand.  Made for heavy hitting, it will hold up to the most demanding players. It has a fine tooth tilter. The stand converts easily to a straight stand if needed.
Price: $149.99
2013-01-02T17:50 by Barry 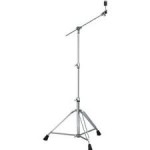 The CS-965 is Double Braced and made for heavy hitting.  It has an infinite adjustment tilter and thick rubber feet.  This stand has the same features as the CS-865 with hinged boom tilter clamp, but with a heavier tripod base.  The plastic tubes in the vertical tubes secure no rattle when recording. This is for heavy crashes and ride cymbals.
Price: $169.99
2012-12-30T17:51 by Barry

This stand has Double- Braced legs and is made to hold up to heavy crashing.  The tilter has infinite adjustment and the hinged boom tilter clamp grips the boom more securely.  Also the plastic plugs in the vertical tubing assures no rattle when recording. The CS-865 is Great for stage and recording projects!!
Price: $125.99
2012-12-30T17:45 by Barry 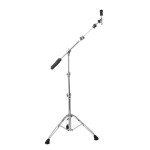