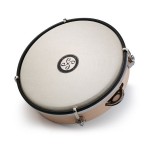 The John Bergamo Signature Series Kanjira by Remo is key-tuned using small hooks. Its counterhoop ring encircles a replaceable drumhead specially developed to create a warm, dark tone with minimal overtones. The frame of the Bergamo Signature Series drum comes in a natural wood veneer finish with a slit inside that holds a set of tambourine jingles. It is 7″ in diameter with a 2″ depth.

John Bergamo was the coordinator of the percussion program at California Institute of the Arts. His career included concerts with John McLaughlin’s Shakti, performing in Frank Zappa’s Abnuceals Emukka Orchestra, and a tour to the Soviet Union with Robert Shaw. Mr. Bergamo was involved in contemporary music performance, studio work, and non-EuroAmerican music performance until his recent death. 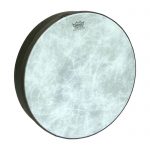 The Remo Fiberskyn 3 head is pre-tuned on a 0.25 inch thick ACOUSTICON shell which will provide years of carefree play. This hand drum is sturdy and durable; the perfect travel companion, for outdoors and inside. You can create a sound that will hold its own in any drum circle; great for playing with your hand. There is a thumb notch for comfort. Available in 12".
Price: $36.00
2018-11-20T11:52 by Barry 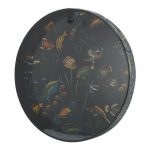 Close your eyes and you are at the beach. The surf coming in with rolling, crashing waves. The Remo Fish Graphic Ocean Drum is 2-headed and has a Mylar resonant drumhead with a fish graphic finish head. It is a frame drum with metallic beads inside. It can be played with mallets or hands. It can also be used as a shaker. With great sound effects, the drum is ideal for recreation, education and performance. Available in sizes: 12", 16" More Info »
Price: from $49.00
2016-11-26T13:04 by Barry 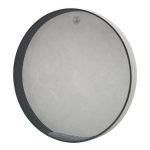 The Remo Standard Ocean Drum is an incredibly versatile double-sided professional quality frame drum. Close your eyes and you are at the beach. The surf's coming in with rolling, crashing waves. The Remo Standard Ocean Drum features a clear Mylar resonant drumhead and a standard finish head on an Acousticon shell with metallic beads inside. It can be played hands or with mallets and can also be used as a shaker. With great sound effects, the drum is ideal for More Info »
Price: from $47.50
2016-11-26T12:02 by Barry